And we’re back, Ender and I… this time attempting to push our limits further. I think we went too far, but it’s good to take risks; sometimes you win, sometimes you loose, but the fun part is putting the work and spending time with good friends.

Our fourth annual Pasadena Chalk fest participation took place on June 06, 2007, and as usual, there were many artists and the day was hot. Thankfully we took our own cooler and chairs, and had plenty of drinks. This year we attempted to recreate Leonardo Da Vinci’s “The Battle of Anghiari”, and yes, it was as difficult as it looks. We weren’t 100% happy with the results, but there’s always next year. See for yourself… 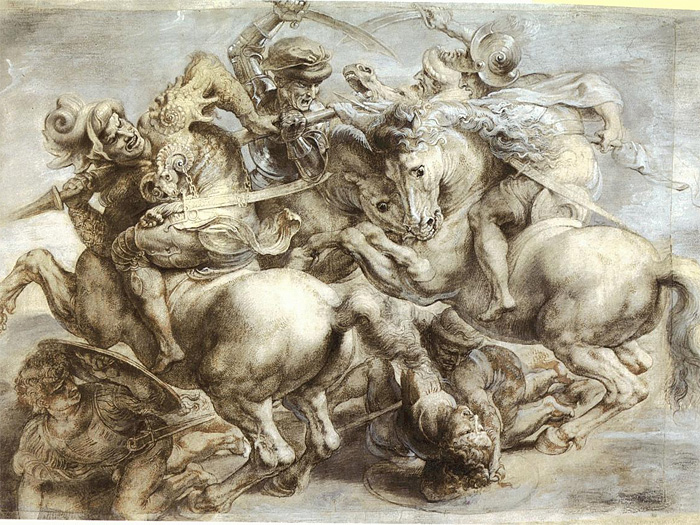 This is what we were trying to copy. We knew the limitations when we began, but wanted the challenge anyways. Our biggest obstacles were time, medium (chalk on concrete) and drawing details. 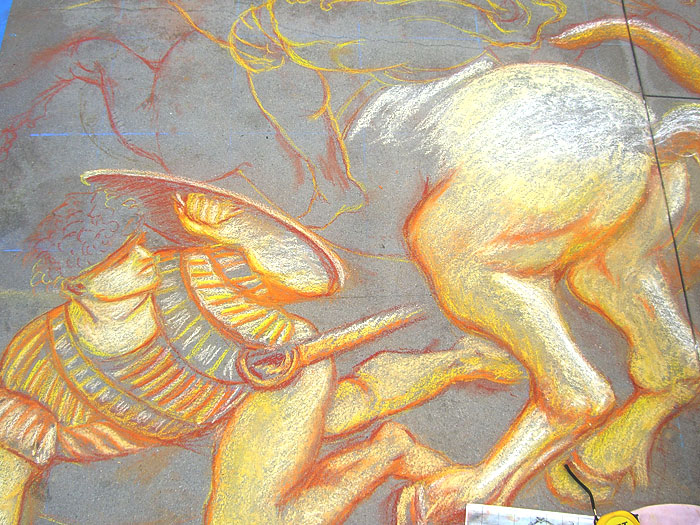 As usual we began with a grid, then continued outlining the objects, then shading. We start with light colors first. 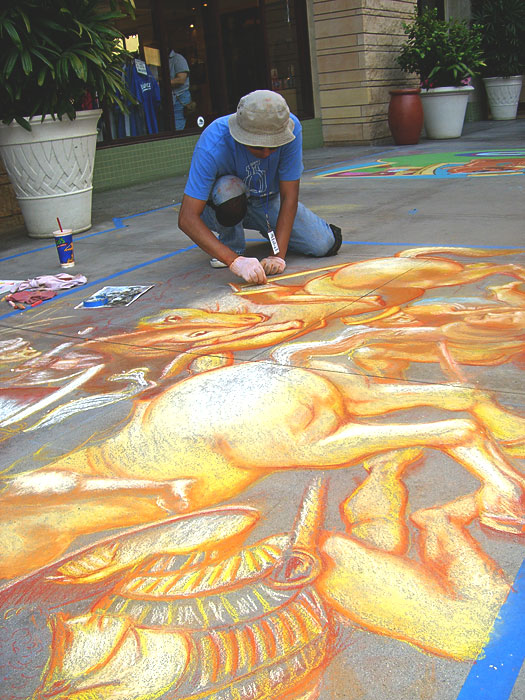 Day one is where we try to get most of the project done, but this one was just too much to get even half done. 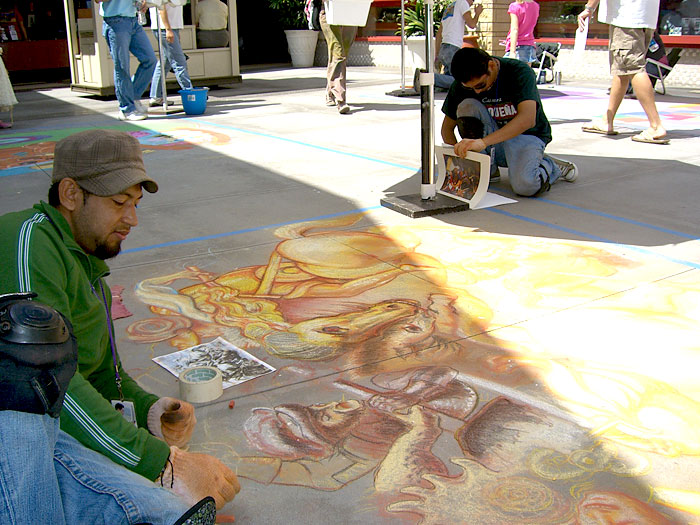 Ender and I working on day 2. We began using darker colors 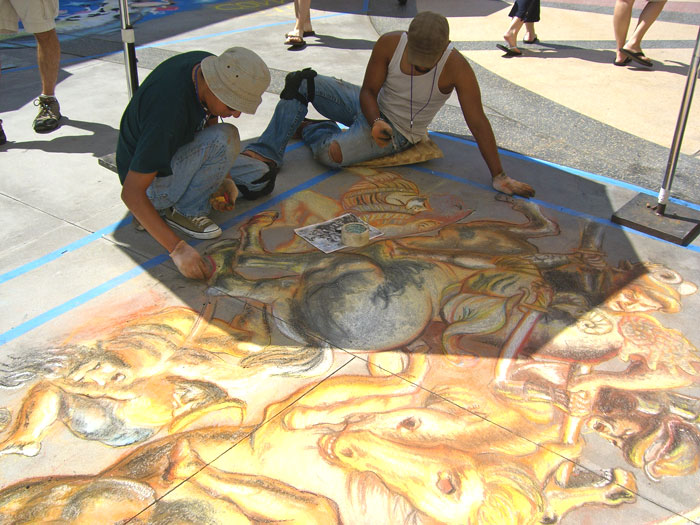 Sunday was a really hot day, but we continued and our mural was looking better 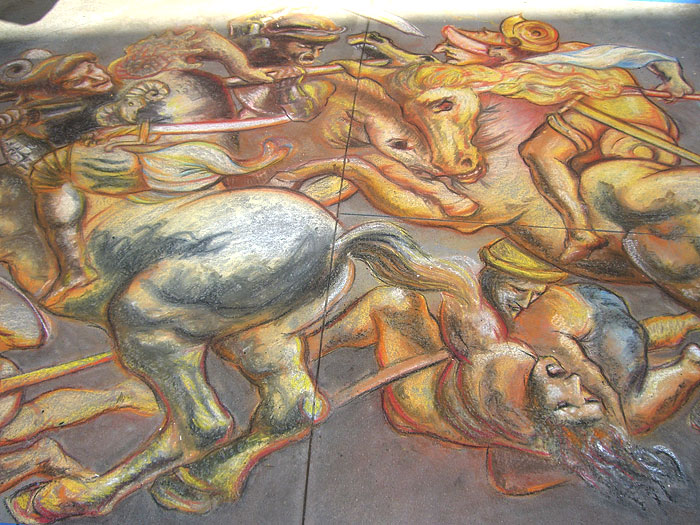 The drawing with added darker colors. Although the biggest objects were drawn, it seemed something was missing. 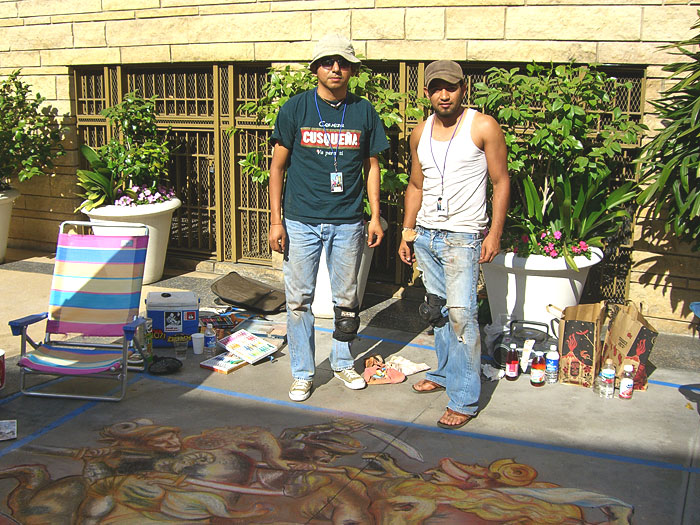 Ender and I were both very tired and decided this is as much as we would finish, and any added details would just take too long to complete. 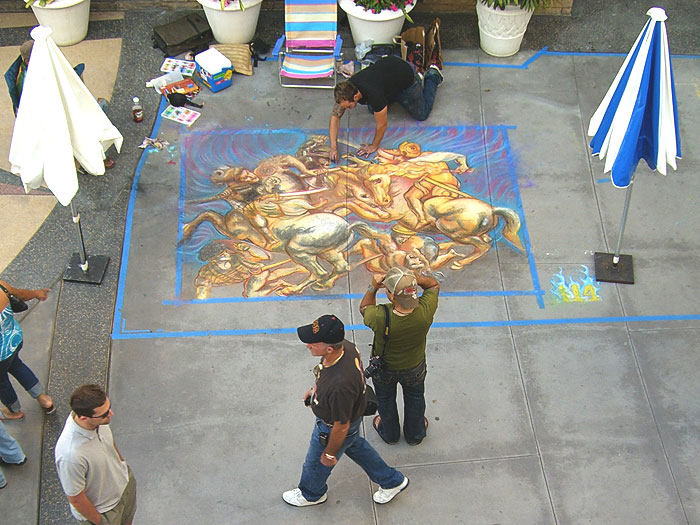 out of nowhere reinforcement came, just in time, and he decided he would finish the drawing for us. With the added touch of blue and purple swirls, now the drawing was coming to life again. 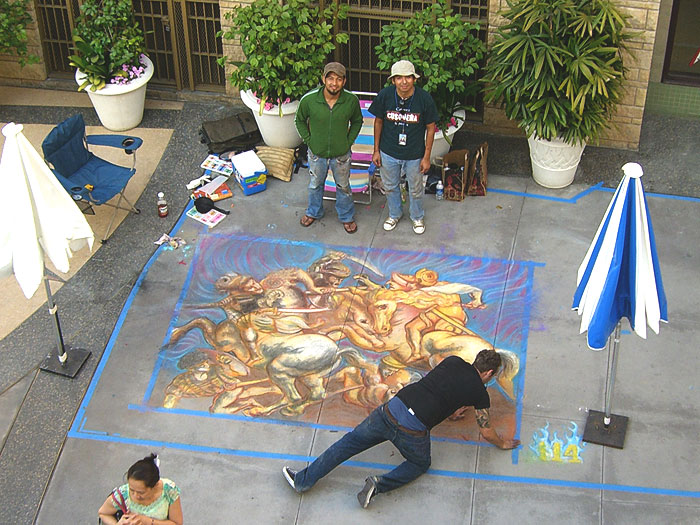 Thanks to our friend’s help (sorry can’t remember his name, dang) we were much happier with the finished piece. I think we have a new member on the team! Till next year. -Henry